Executive producers of “The Ellen DeGeneres Show” are responding to claims that employees experienced a toxic workplace environment at the talk show.

‘The Ellen DeGeneres Show’ will make staffing changes in response to an internal workplace review following complaints of employee mistreatment.

The host of the popular, long-running daytime talk show, which has aired in syndication since 2003, apologized in a letter to staffers as an internal review of worker complaints conducted by parent company WarnerMedia comes to a close. The Hollywood Reporter first reported on DeGeneres’ letter Thursday.

The review, which followed a July 16 BuzzFeed story in which mostly former employees anonymously alleged racism, intimidation and a toxic work culture, found “deficiencies” that will result in staffing changes, Warner Bros. said.

DeGeneres addressed the complaints in her letter, which was obtained by USA TODAY. 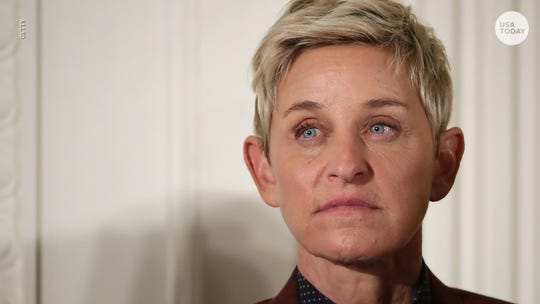 “On day one of our show, I told everyone in our first meeting that ‘The Ellen DeGeneres Show’ would be a place of happiness – no one would ever raise their voice, and everyone would be treated with respect.” she wrote. “Obviously, something changed, and I am disappointed to learn that this has not been the case. And for that, I am sorry. Anyone who knows me knows it’s the opposite of what I believe and what I hoped for our show.”

Warner Bros. issued a statement to USA TODAY regarding the investigation,  in which dozens of current and former employees were interviewed.

“’The Ellen DeGeneres Show’ is, and has always strived to be, a place that brings positivity to the world. And though not all of the allegations were corroborated, we are disappointed that the primary findings of the investigation indicated some deficiencies related to the show’s day-to-day management. We have identified several staffing changes, along with appropriate measures to address the issues that have been raised, and are taking the first steps to implement them,.” the statement said.

DeGeneres and the studio are “committed to ensuring a workplace based on respect and inclusion,” the statement continued. “We are confident this course of action will lead us to the right way forward for the show.”

In her letter, DeGeneres acknowledged her responsibility to the show that bears her name and promised to provide more personal oversight.

“As we’ve grown exponentially, I’ve not been able to stay on top of everything and relied on others to do their jobs as they knew I’d want them done. Clearly some didn’t. That will now change and I’m committed to ensuring this does not happen again,” she wrote.

The Hollywood Reporter said one of three executive producers, Ed Glavin, was the source of many complaints and would be exiting soon. Warner Bros. declined comment.

DeGeneres appeared to dispute some statements from those working on the show, while alluding to her own experiences as a trailblazing entertainer in empathizing with those who feel they were treated unfairly.

“I’m also learning that people who work with me and for me are speaking on my behalf and misrepresenting who I am and that has to stop,” she wrote. “As someone who was judged and nearly lost everything for just being who I am, I truly understand and have deep compassion for those being looked at differently, or treated unfairly, not equal, or – worse – disregarded. To think that any one of you felt that way is awful to me.”

22 Movie Endings That Are So Well Executed, They Deserve An Academy Award All On Their Own

We recently asked members of our BuzzFeed Community, “What is a movie ending scene so satisfying — so well executed — it should’ve won the Academy Award for Best Movie Ending (if, ya know, that […]

Things that went over your head back in the day. 1. In Doug, Mr. and Mrs. Dink’s name is an acronym that stands for “double income, no kids.” 3. X-Men Evolution had a very detailed […]

22 Jim And Dwight Friendship Moments On “The Office”

The clip shows how quickly an infection can spread from person to person. ItR…