Dwayne Johnson, Bruce Springsteen and Pink all criticize the Trump administration’s response to the George Floyd protests and the global pandemic.

Sawyer’s Twitter account no longer exists, but The Hollywood Reporter and Entertainment Weekly report his posts, shared prior to his work on “The Flash,” were racist, homophobic, sexist and made reference to sexual assault.

“Hartley Sawyer will not be returning for Season 7 of The Flash,” read a statement issued to USA TODAY by the network, Warner Bros. Television, Berlanti Productions and Eric Wallace, an executive producer for the show. “In regards to Mr. Sawyer’s posts on social media, we do not tolerate derogatory remarks that target any race, ethnicity, national origin, gender, or sexual orientation. Such remarks are antithetical to our values and polices, which strive and evolve to promote a safe, inclusive and productive environment for our workforce.”

USA TODAY has reached out to Sawyer for comment. 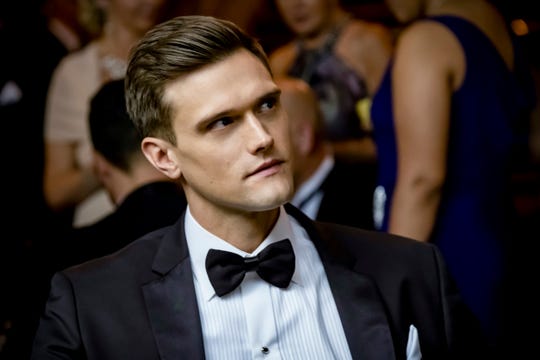 Sawyer, 35, issued an apology May 30 via Instagram expressing remorse to his fans.

“My words, irrelevant of being meant with an intent of humor, were hurtful, and unacceptable,” he wrote. “I am ashamed I was capable of these really horrible attempts to get attention at that time. I regret them deeply.

“This was not acceptable behavior,” he continued. “I am incredibly sorry, ashamed and disappointed in myself for my ignorance back then. I want to be very clear: this is not reflective of what I think or who I am now.”

“The Flash” showrunner Eric Wallace wrote in a statement shared late Monday by star Grant Gustin that Sawyer’s tweets “broke my heart and made me mad as hell,” noting “they’re indicative of the larger problem in our country.”

Wallace vowed to “continue to find Black and Brown writers, directors, actors and producers of all genders to help tell FLASH stories. Their stories are part of the American narrative, too, and must be heard.”

Gustin added that he was “shocked, saddened and angry” after seeing Sawyer’s posts.

100 ways you can take action against racism right now

My words, irrelevant of being meant with an intent of humor, were hurtful, and unacceptable. I am ashamed I was capable of these really horrible attempts to get attention at that time. I regret them deeply. This was not acceptable behavior. These were words I threw out at the time with no thought or recognition of the harm my words could do, and now have done today. I am incredibly sorry, ashamed and disappointed in myself for my ignorance back then. I want to be very clear: this is not reflective of what I think or who I am now. Years ago, thanks to friends and experiences who helped me to open my eyes, I began my journey into becoming a more responsible adult – in terms of what I say, what I do, and beyond. I’ve largely kept that journey private, and this is another way that I have let so many down. I still have more work to do. But how I define myself now does not take away the impact of my words, or my responsibility for them. I am very sorry.

The day prior, Sawyer had shared a message on Instagram voicing his support for the Black Lives Matter movement. “I am white. I have privilege. For too long, I have not used my platform to advocate for POC. I apologize to all my brothers and sisters.”

He also included a quote attributed to former Ohio state senator Nina Turner: “The burden cannot just be on the backs of black people to deal with it.”

Sawyer’s firing comes at a time of nationwide protests spurred by the May 25 death of George Floyd due to police brutality.

Last week, the creator of The CW’s “Riverdale” vowed to to make changes amid the call for racial equality. Roberto Aguirre-Sacasa, who also serves as an executive producer, released a statement to social media in support of actress Vanessa Morgan, who expressed frustration with how black people are represented in media.

“Tired of how black people are portrayed in Media, tired of us being portrayed as thugs, dangerous or angry scary people,” the actress said in a statement shared to Twitter. “Tired of us also being used as side kick non dimensional characters to our white leads. Or only used in the ads for diversity but not actually in the show.”

“We hear Vanessa. We love Vanessa. She’s right,” Aguirre-Sacasa said in a statement  of the actress, who has played Toni Topaz since 2017. “We’re sorry and we make the same promise to you that we did to her. We will do better to honor her and the character she plays. As well as all of our actors and characters of color.”

“Riverdale will be part of the movement, not outside it.”

Looking for books about racism? Experts suggest these must-read titles for adults and kids

CLOSE In a puzzling manner, “Jeopardy!” contestants didn’t chime in when shown the clue to Tom Hanks as Mr. Rogers. USA TODAY Alex Trebek and Lizzo is the crossover we didn’t know we needed. The […]