6 new and returning shows coming to tv this fall include “Fargo” on FX and “Ratched” on Netflix.

We haven’t run out of new TV. Yet.

Like so much of the world, the TV industry has been interrupted by the COVID-19 pandemic. Most of Hollywood production shut down in March, and some series have only recently resumed filming.

Traditionally, September and October are the most packed months on the TV calendar, even as streaming services have chipped away at the notion of a fall TV season. But what’s arriving on screens this fall is more of a whimper than a bang: To fill out their schedules, networks and streamers are relying on series that finished filming before the pandemic started, reality TV that can be produced in quarantine and series that have already aired elsewhere.

But lest you worry the next few months will be full of drivel, some superb comedies and dramas are in store. From a Ryan Murphy series at an insane asylum (classic, for him) to a college-set docuseries that might be the next “Cheer” to Ethan Hawke at his most delightfully absurd, these seven excellent series are bound to make you laugh, scream and cry as the pandemic stretches on, listed in order of release date.

Sarah Paulson as Nurse Mildred Ratched in Netflix’s “Ratched,” an origin story of the evil nurse from “One Flew Over the Cuckoo’s Nest” (Photo: Netflix)

Ever wonder how horrid Nurse Ratched in 1975’s “One Flew Over the Cuckoo’s Nest” became so awful? Ryan Murphy answers that question in this prequel series about the iconic character – played by Louise Fletcher in the five-time Oscar-winning film – brought back to scenery-chewing life by Sarah Paulson in a story set long before Ratched terrorized Jack Nicholson’s McMurphy. Although “Cuckoo” was the very essence of realism, “Ratched” exists in a far more heightened reality, illustrated by Murphy’s familiar aesthetic of Technicolor mixed with light gore, camp humor and maximally discomforting dialogue. More on the “American Horror Story” side of the Murphy coin than anything else, the series is silly, high-drama fun.

Each season of FX’s “Fargo” feature a different cast, setting and story, so while it’s not technically a new show, the anthology format’s reset lets us count it as one. The long-awaited, pandemic-delayed season (originally due last April), arrives later this month, and gosh darn it we can’t wait for some Midwestern manners, weather and (of course) crime. Chris Rock anchors the sharp new season, which also stars Jason Schwartzman, Ben Whishaw and Timothy Olyphant. Set in a dark recreation of 1950s Kansas City, Rock plays the leader of one of multiple crime families, constantly going to war. 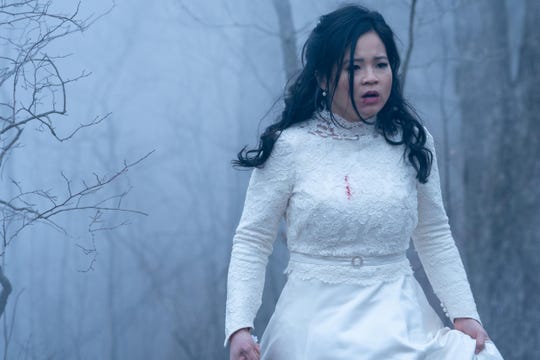 Based on “North American Lake Monsters,” a series of horror short stories by Nathan Ballingrud, “Monsterland” is a disturbing, thought-provoking anthology series in which the monster isn’t always the supernatural creature lurking, but something altogether more human. With an adept cast including Kaitlyn Dever, Kelly Marie Tran, Mike Colter, Taylor Schilling and Bill Camp, “Monsterland” is subtler and quieter in its horror than other anthologies such as Netflix’s “Black Mirror,” which makes its best installments all the more affecting. 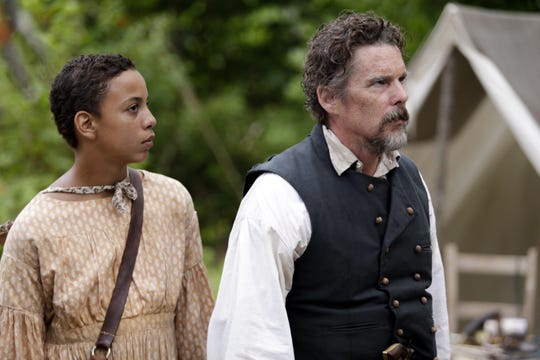 Ethan Hawke, Daveed Diggs, Orlando Jones and bright young actor Joshua Caleb Johnson star in this irreverent historical miniseries based on James McBride’s 2013 novel. The series follows former slave Henry (Johnson), who is freed (or maybe just kidnapped) by notorious (and violent) abolitionist John Brown, brought to life in spitting, screaming, twitchy-eyed glory by Hawke, who produced the adaptation along with McBride and Mark Richard. Boisterous, action-packed and freewheeling, “Bird” is a striking period dramedy quite unlike the clichéd, white-savior Civil War dramas that often populate TV and film screens. 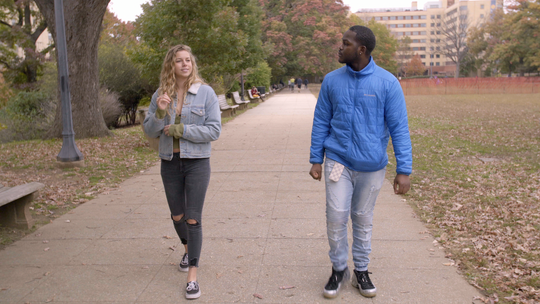 Alexa Paulay-Simmons and Daequan Taylor in “Deaf U,” Netflix’s docuseries about students at Washington, D.C.’s Gallaudet University, for deaf and hard of hearing students. (Photo: Netflix)

This new docuseries, set at Gallaudet University, the prestigious deaf and hard of hearing school in Washington, D.C., has the same kind of magic that Netflix’s college-set series “Cheer” did back in January. It follows a diverse, magnetic group of students, part of a community that’s small enough for gossip and relationship drama to run rampant. Produced by actor and deaf activist Nyle DiMarco (“Dancing with the Stars”) the series isn’t a fluffy after-school special, nor is it exploitative of its subjects. It simply shows the very human triumphs and foibles of young people making their way in the world. 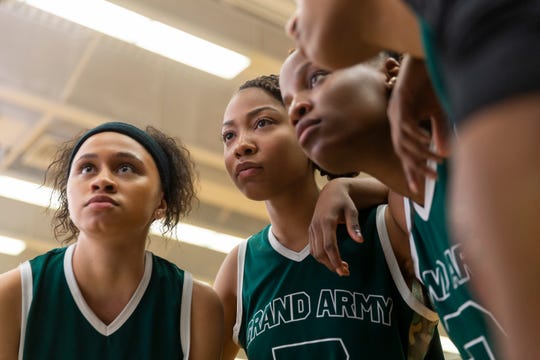 Many of Netflix’s teen shows have been decidedly mediocre, but every once in a while the streaming service finds a young-adult story worth watching. Set at a prestigious public high school in Brooklyn, “Grand Army” follows a diverse group of teens rocked when a bomb explodes near their school. The young actors are charming and magnetic, they look and sound like real teenagers (not 30-year-old Hollywood writers) and their problems feel appropriate to 2020 without being sensationalized like inHBO’s “Euphoria.”

Like CBS’s “Evil” and Netflix’s “Warrior Nun,” “Helstrom” mixes the spiritual and the supernatural in stories of demons, exorcisms and religious evil. Based on Marvel Comics characters, the horror series centers on Daimon (Tom Austen) and Ana Helstrom (Sydney Lemmon), the children of a notorious serial killer who have special powers that help them fight monsters and demons. The series has a strong point of view ad setting in a steampunk, overcast Portland, Oregon. It’s full of darkness, both literal and figurative, without ever being actually too dark to see, unlike many of its fellow horror and fantasy TV series (looking at you, Season 8 of “Game of Thrones”).

29 Queer Girls On Which Lesbian Characters Made Them Feel Seen

It me. View Entire Post › Sahred From Source link TV and Movies

CLOSE Mel Brooks, seen here at he 2017 BAFTA Awards in London, is the subject of a new HBO special, ‘Mel Brooks: Unwrapped.’ (Photo: Facundo Arrizabalaga, EPA) Mel Brooks has had an amazing entertainment career – from […]

Best TV and films in February 2020

Celebrity · Updated 2 minutes ago. Posted 48 minutes ago “This will beR…

CLOSE It turns out, what viewers want to see in a documentary about Kevin Hart i…