The journalists at BuzzFeed News are proud to bring you trustworthy and relevant reporting about the coronavirus. To help keep this news free, become a member and sign up for our newsletter, Outbreak Today.

COVID-19 has now taken hold in every US state, some of which have already seen people getting sick and dying in large numbers. Responses have differed: testing rates vary widely from state to state, and there is huge variation in policies to limit the spread of the disease.

Use the regularly updating charts and maps below to find out how your state is dealing with the crisis.

1. How hard has your state been hit?

From March 4 onward, the COVID Tracking Project has compiled data on deaths from COVID-19 in every state and overseas US territory. This chart shows how the total number of deaths in each state has risen over the last 28 days. Tiles appear on the date the first death was recorded; they are colored by the number of deaths relative to the state’s population. The states are sorted by their current total number of reported deaths per million people. (It’s important to note that some doctors and nurses have raised concern about inaccuracies in how deaths are currently being recorded.)

The chart shows how deaths from the outbreak in Washington state rose gradually, while the death tolls in New York and Louisiana escalated rapidly in late March.

This chart shows the number of reported deaths relative to a state’s population on each day of its outbreak for the last 28 days. The states are sorted according to their death rates on the day with the most recent available data. (The data is updated after 4 p.m. Eastern Time each day.) If the tiles for any state start to get lighter over time after a period with more intense colors, it suggests that its epidemic is starting to come under control.

2. How many tests has your state run?

The key to understanding how far COVID-19 has spread through the population is to test people with flulike symptoms. The US was late to start widespread testing, and there is still huge variation in its extent from state to state.

This chart gives the latest testing data for each state, including the percentage who tested positive, compiled by the COVID Tracking Project. Search for your state or sort the data by clicking on each of the column headers; click once to sort in ascending order, or twice to sort in descending order.

Testing rate versus % positive by state

This chart helps put into perspective the numbers on the percentage of people testing positive in each state. There are two big outliers on this chart: New York and New Jersey. In both states, more than 40% of people being tested are positive for COVID-19. This almost certainly reflects the intense outbreak currently raging in New York City and the surrounding area.

3. What has your state done to limit viral spread?

The maps below are based on information compiled by the Kaiser Family Foundation, a health policy think tank based in San Francisco. They show mandatory orders made by state governors. (The authority of governors to issue such orders varies from state to state.) The maps do not include actions taken by state legislatures nor those of county and city governments. 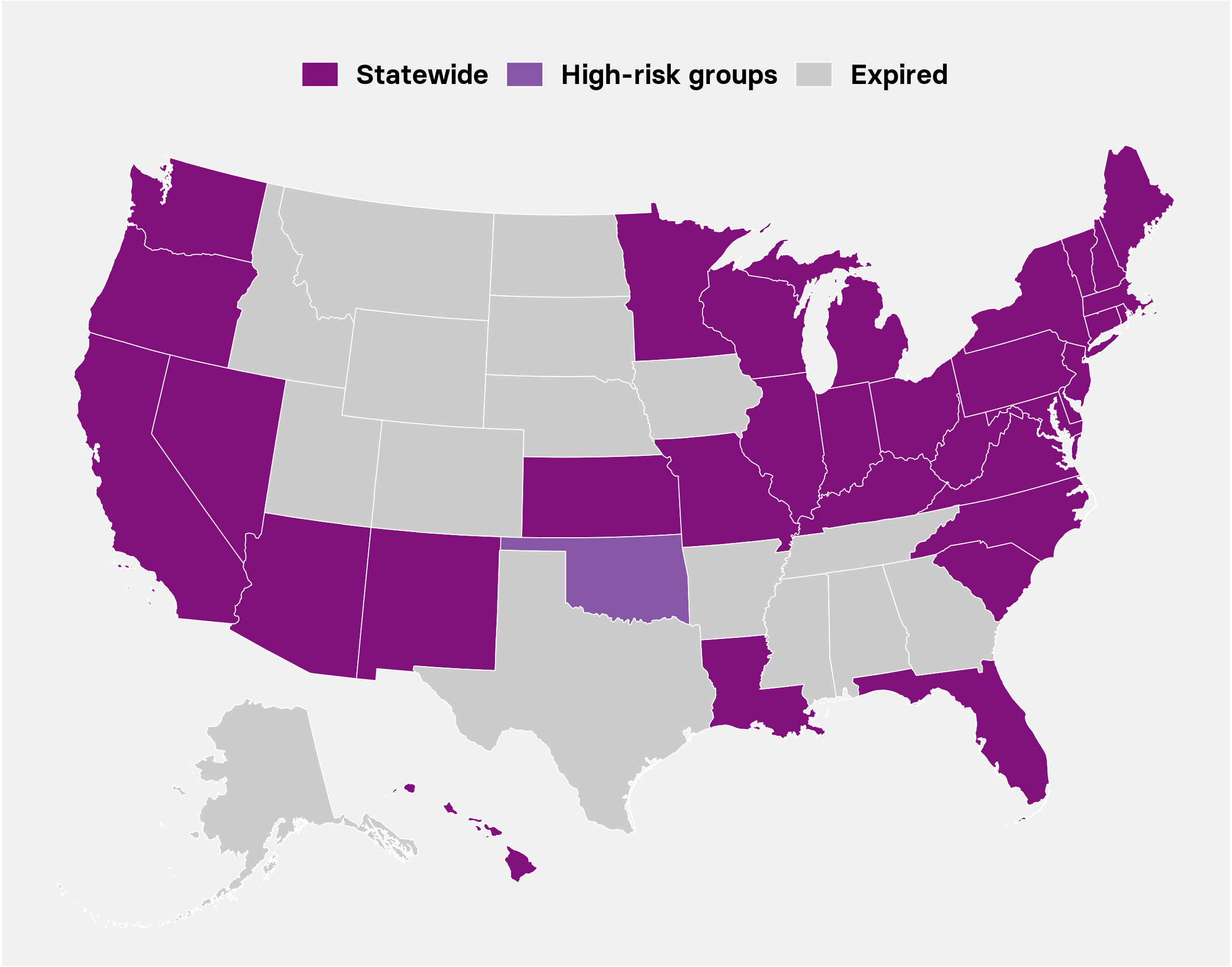 Bans on gatherings of people 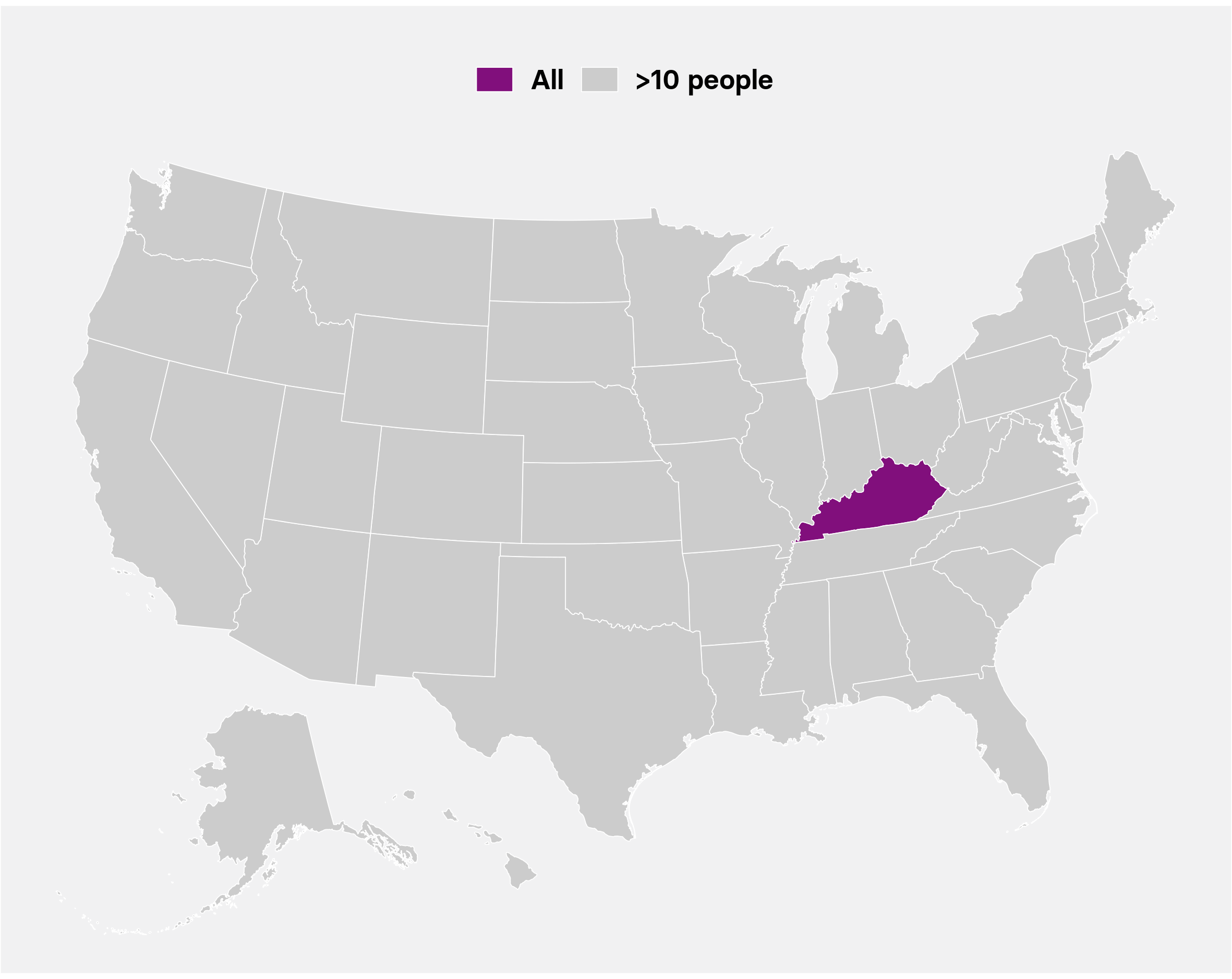 Closure of bars and restaurants 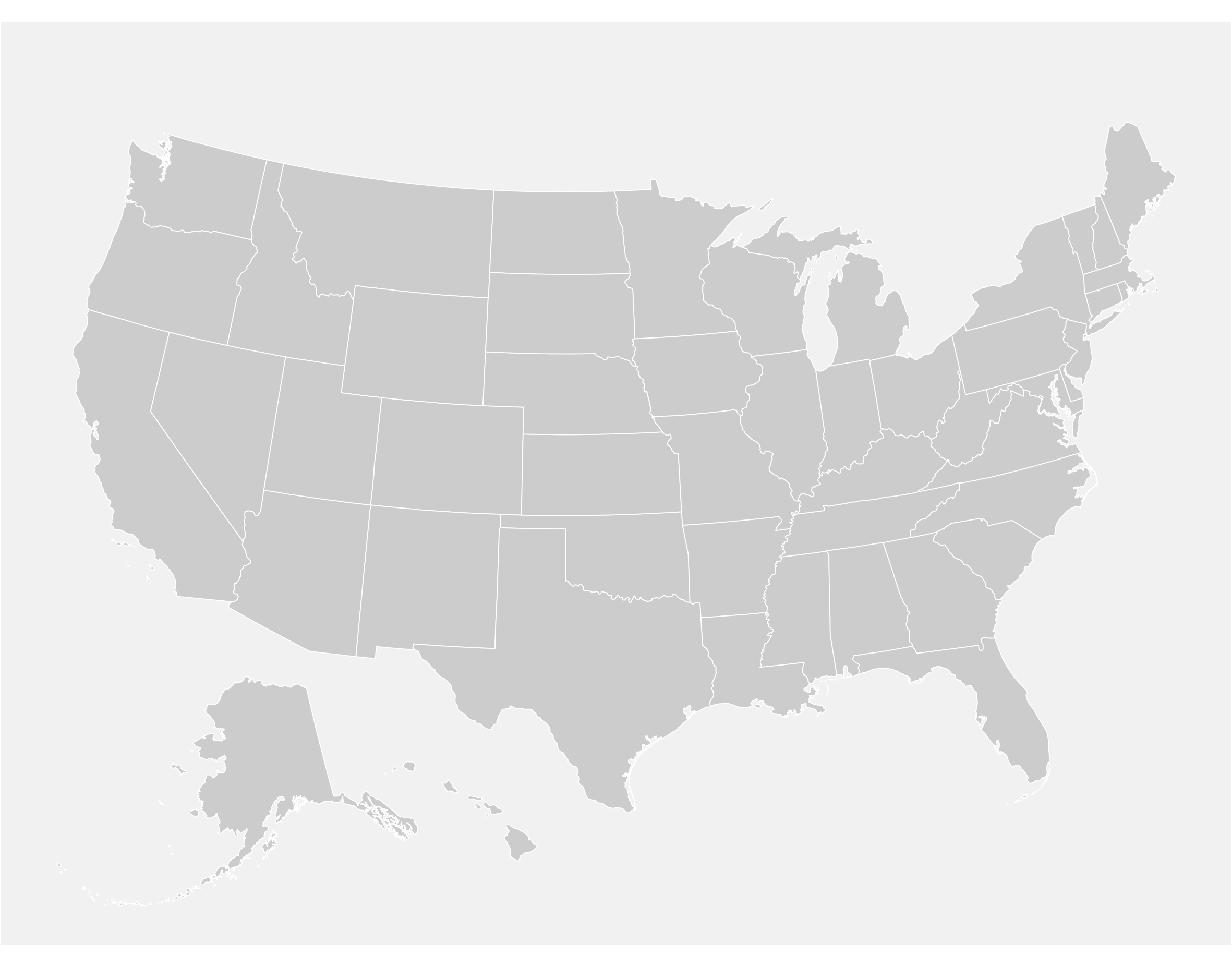 Closure of other businesses 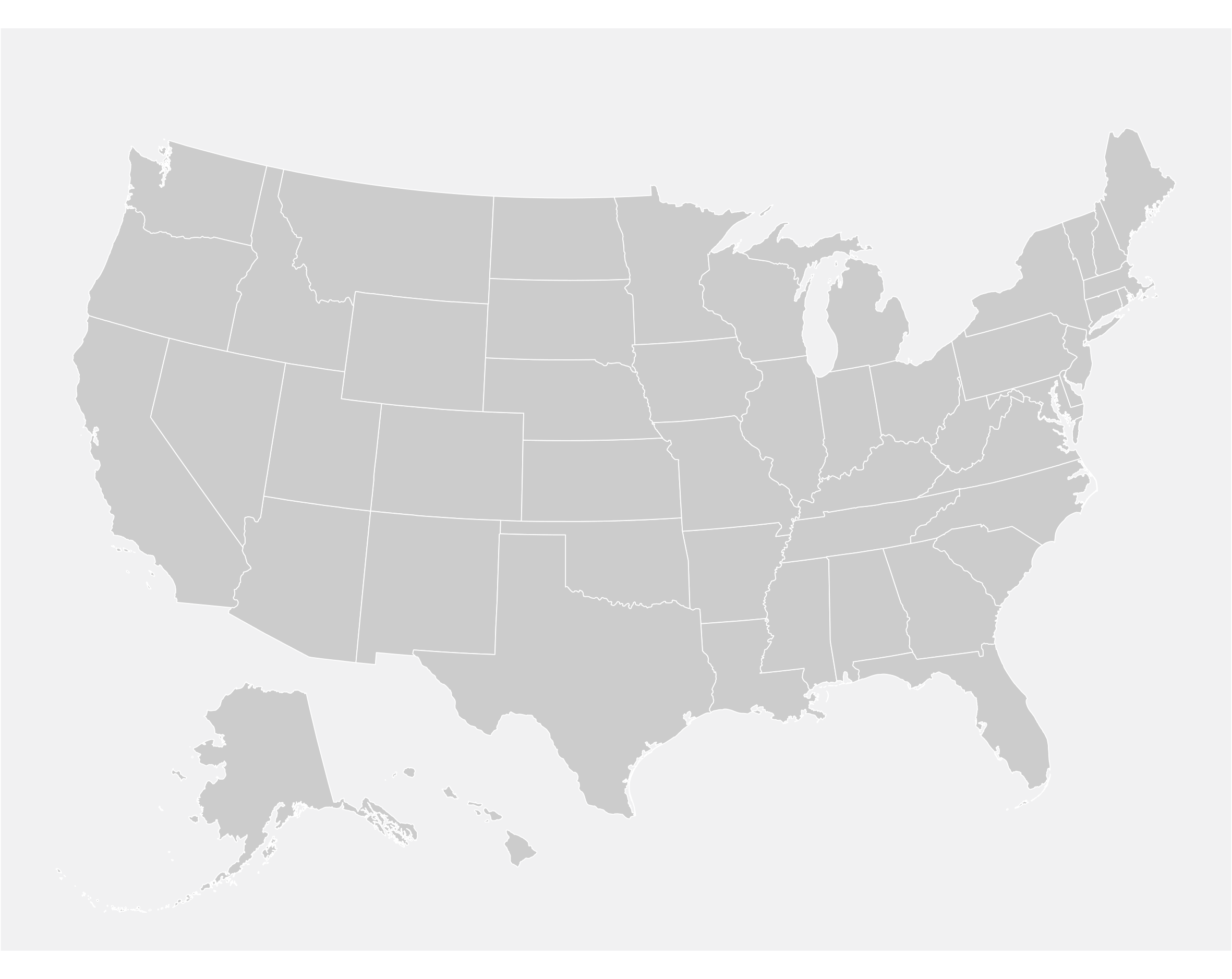 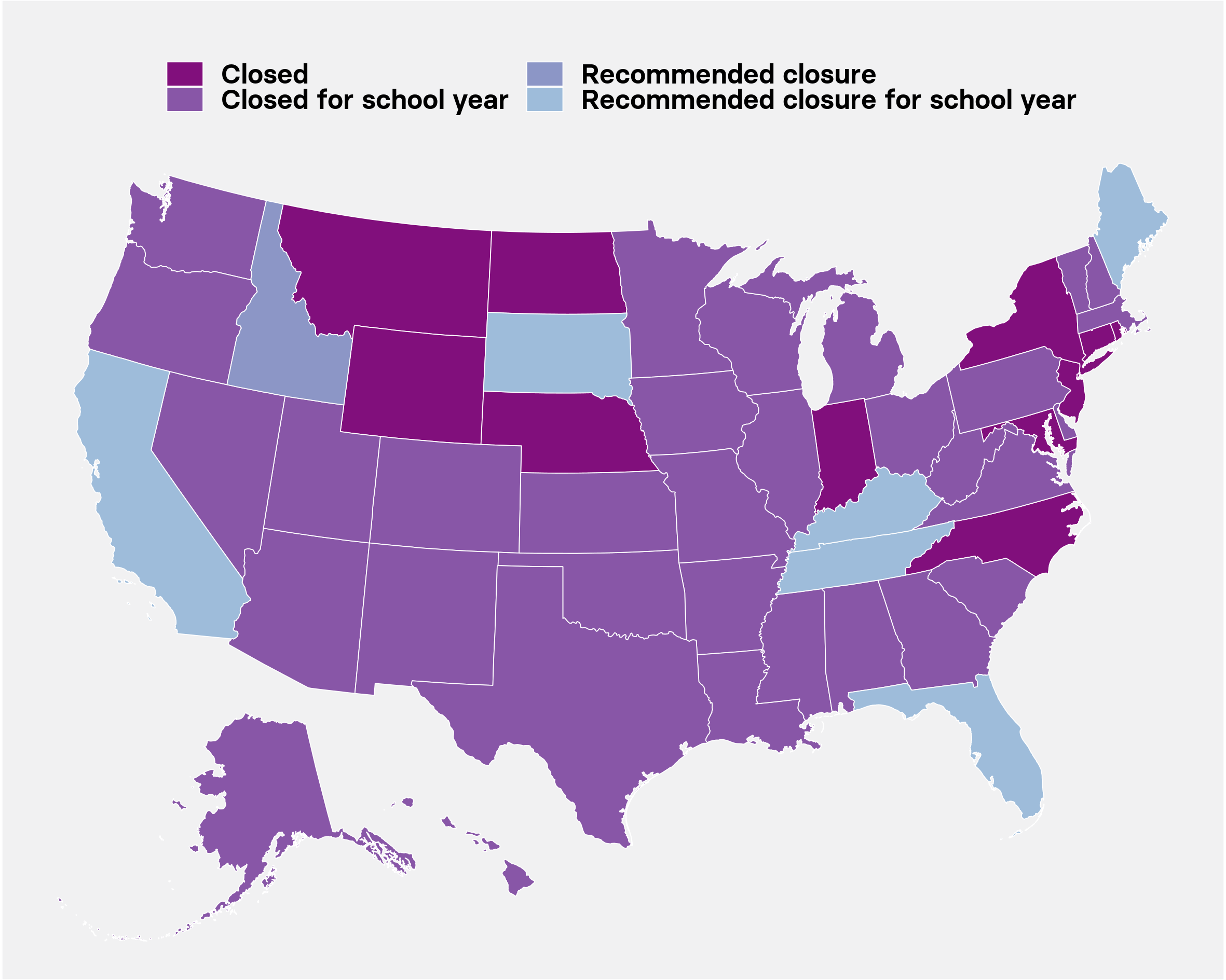 In California, there is no specific order to close schools, but they were effectively shut by the state’s wider actions to keep people at home.

You can also use this COVID-19 tracker to track the epidemic at the national level for the US.

In addition to regularly updating the data in the charts and maps, this post will be updated with other information as it becomes available.

The charts showing tests per 100,000 people now reflect completed tests only. Previously they included tests for which the results were still pending.

The World Health Organization has declared the novel coronavirus outbreak a global health emergency, officials announced Thursday. The announcement comes as the outbreak has grown to include more than 7,800 cases of people infected with […]

If You Can Pass This Quiz, You Know 90% More About Science Than Everyone Else

If You Can Pass This Quiz, You Know 90% More About Science Than Everyone Else back to top Sahred From Source link Science

Wang Guangfa, head of the department of pulmonary medicine at Peking University First Hospital in Beijing, compared himself and other medical professionals tackling the outbreak to soldiers walking onto a battlefield. “All the bullets are […]

The Government Has Cracked Down On Companies Selling Tea, Silver, And Essential Oils As “Scam” Coronavirus Cures

Her Heart Stopped for 6 Hours. Now She’s Ready to Go Back to Work.

LONDON — Audrey Mash’s life was hanging in the balance. Her heart had stopped be…